This year we celebrate the 50th anniversary of Paderborn University. We proudly look back on 50 successful years of scientific enterprise – as well as 50 years of research and teaching in the heart of Paderborn. Our anniversary celebrations are not just about the development of a research-oriented, forward-looking university, but also part of the city’s history. We would like to highlight some impressions and prominent events in the history of the university which are inseparable from the beautiful City of Paderborn and the East Westphalia-Lippe region OWL.

A journey back in time: 50 years of Paderborn University 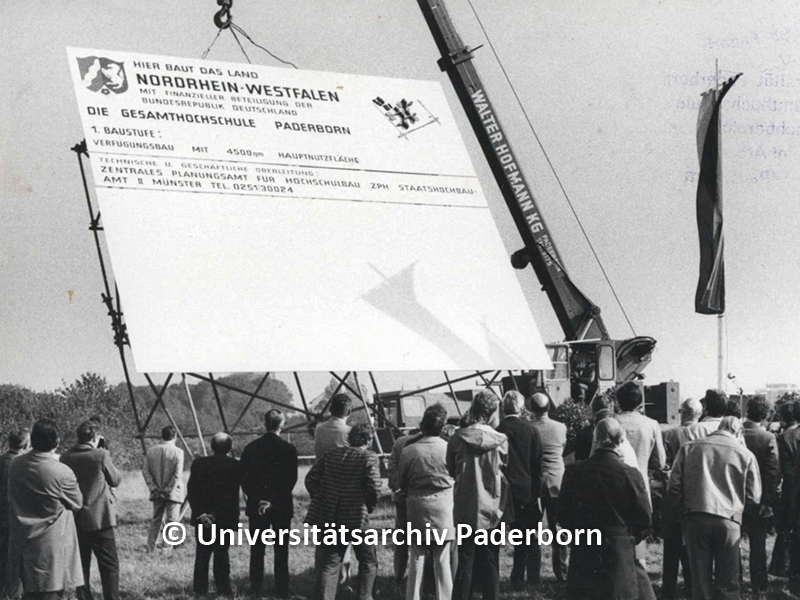 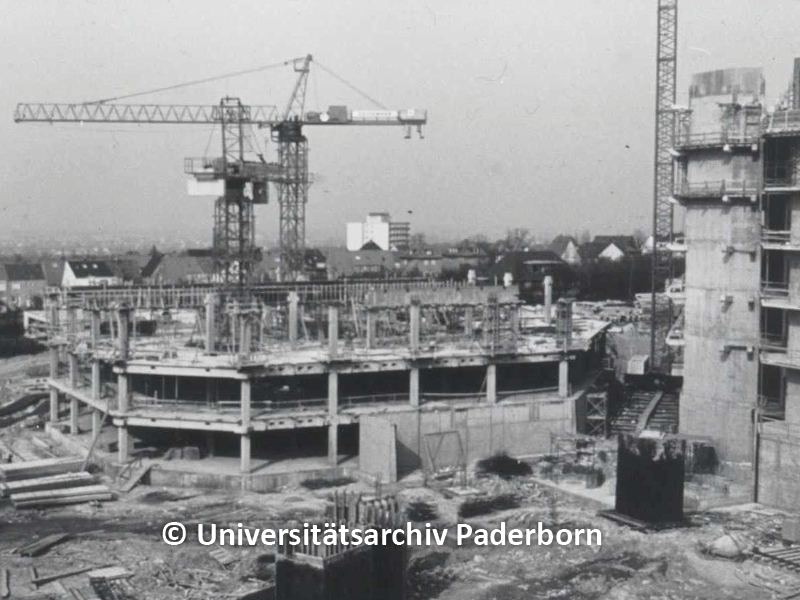 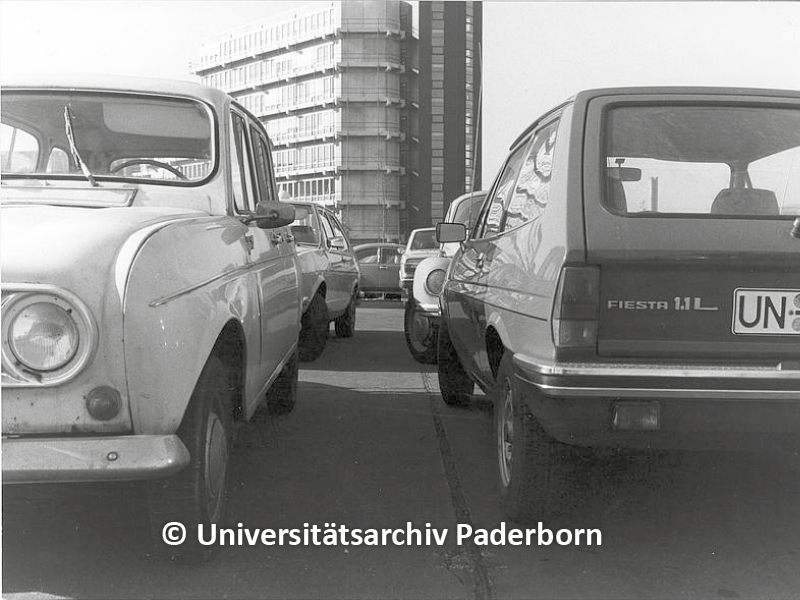 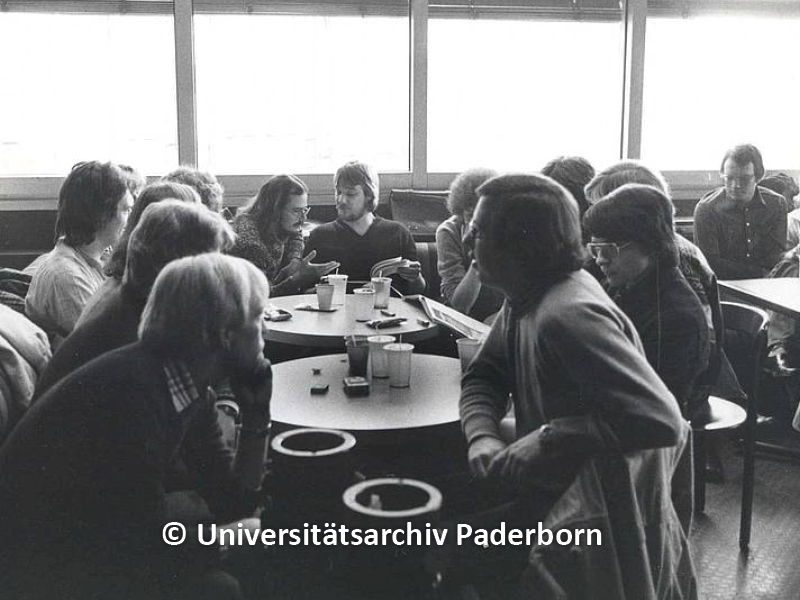 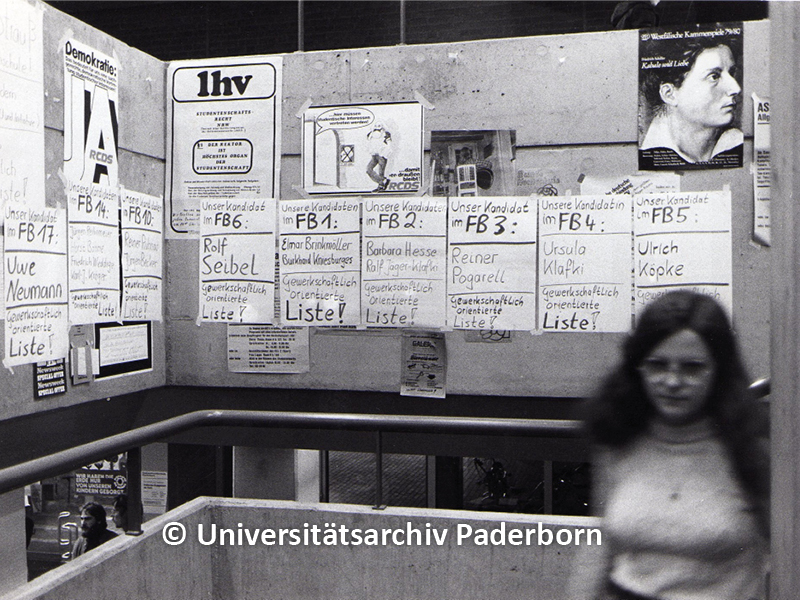 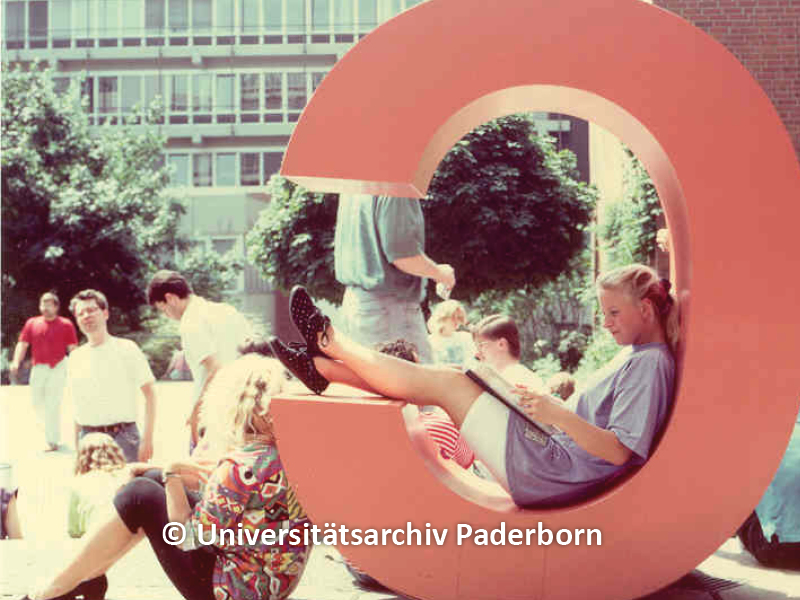 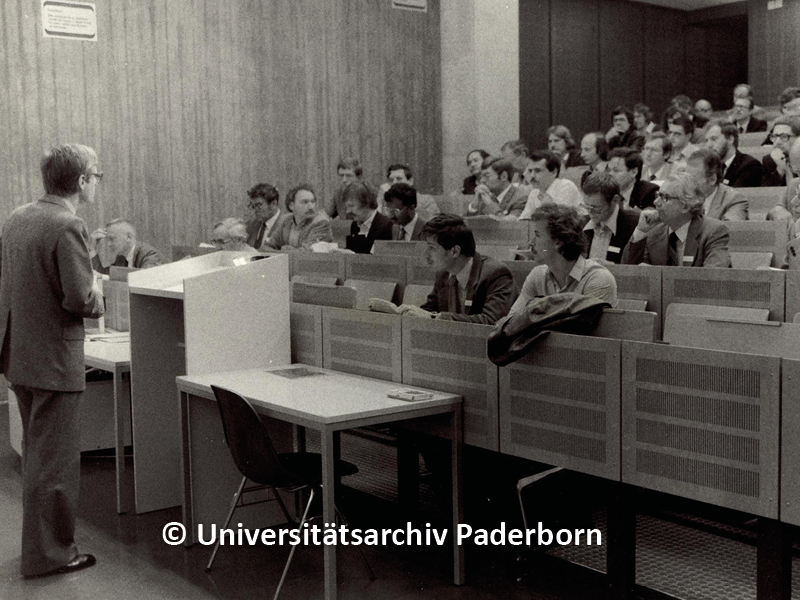 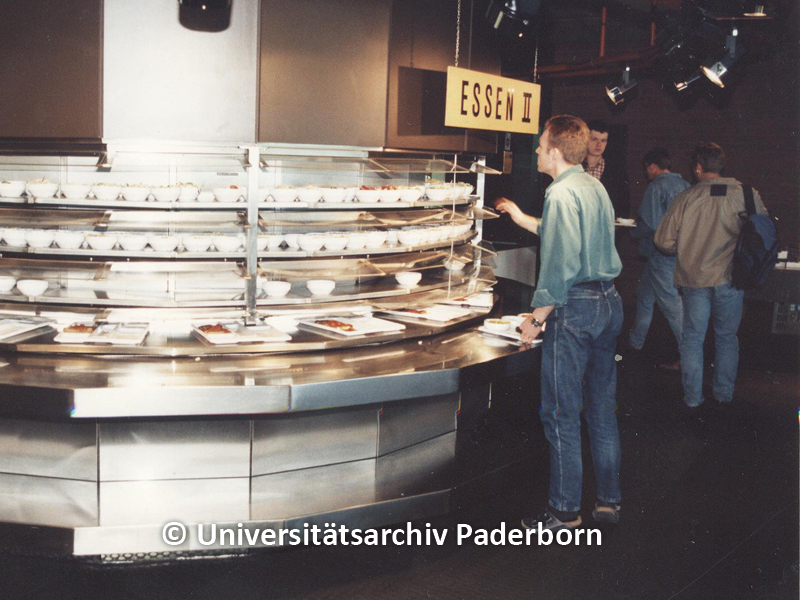 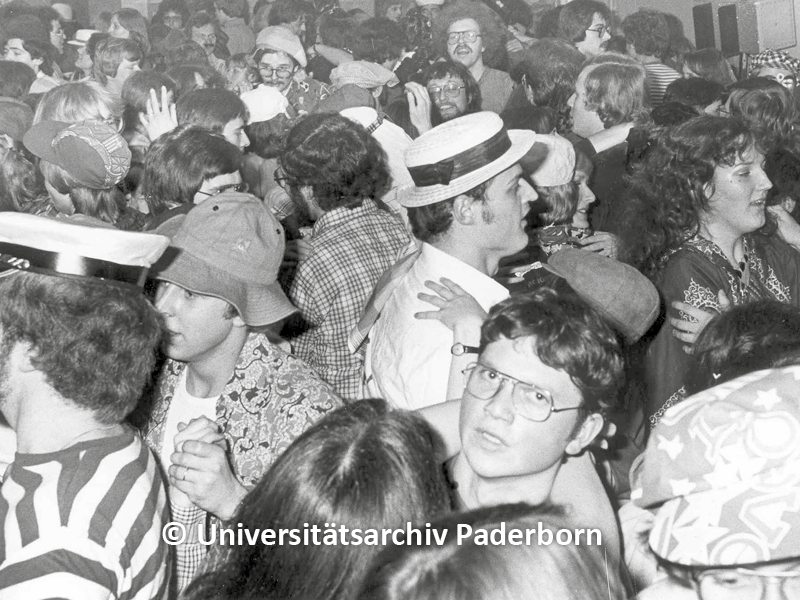 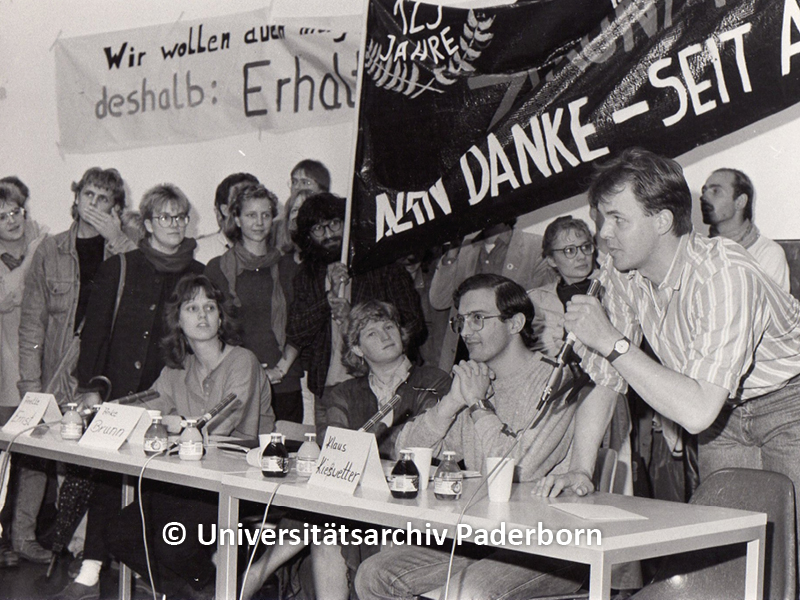 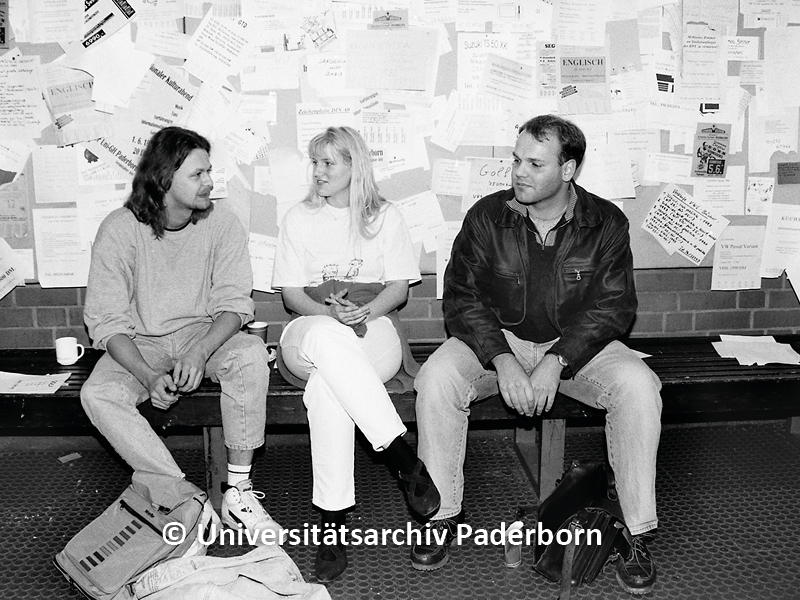 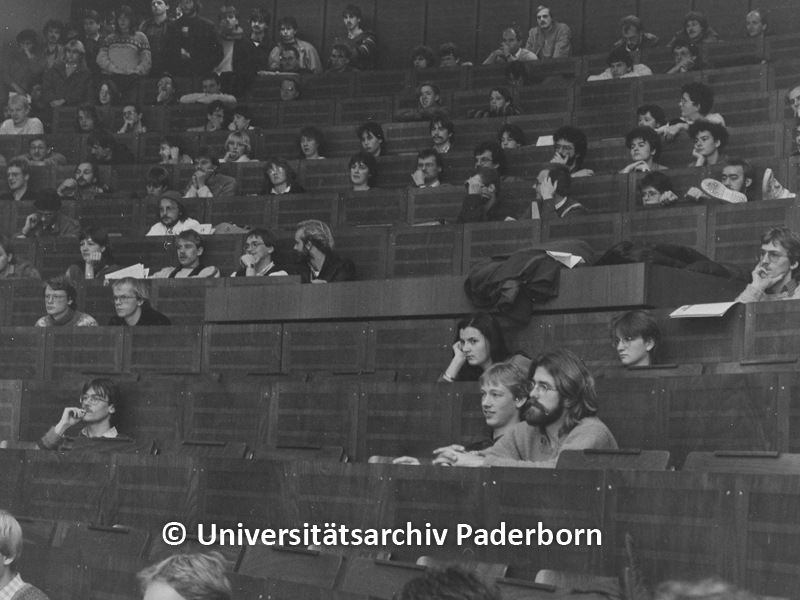 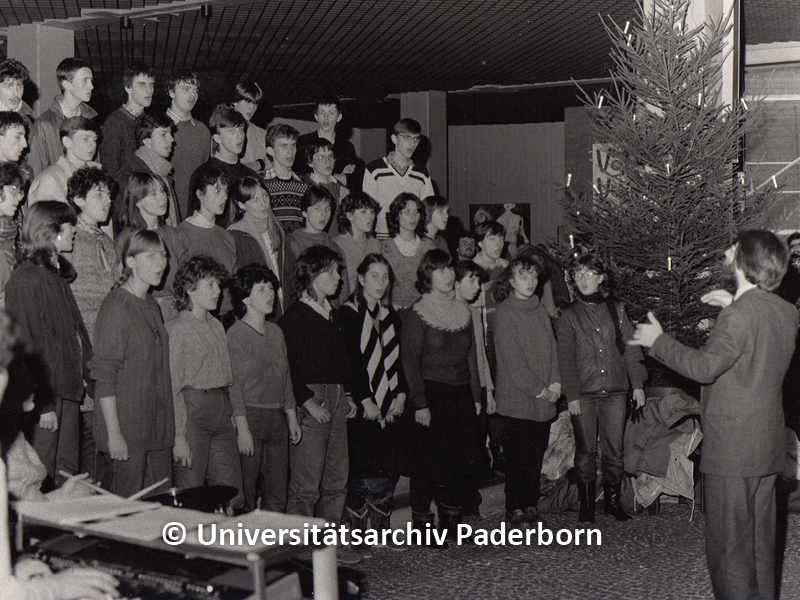 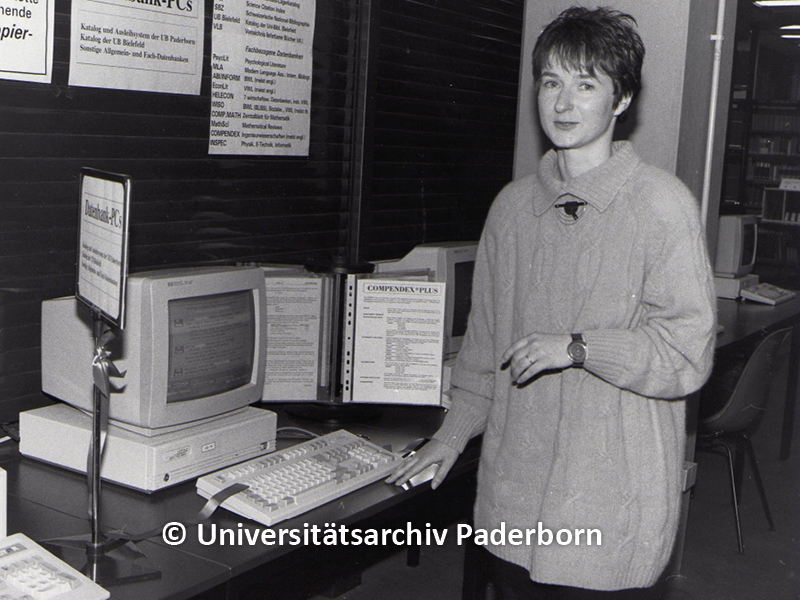 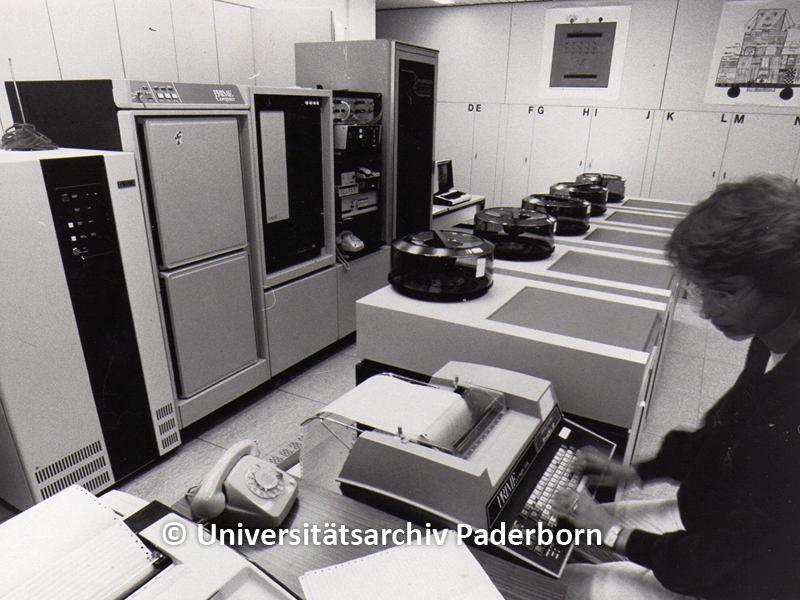 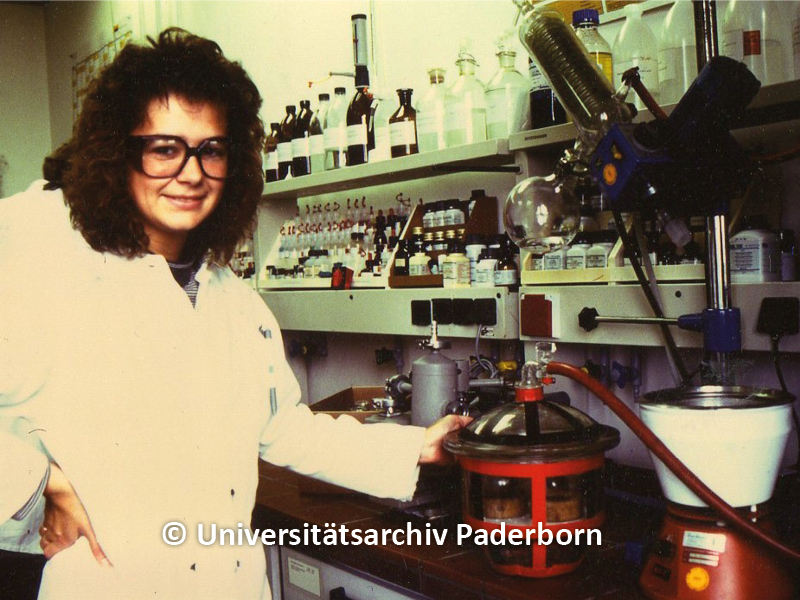 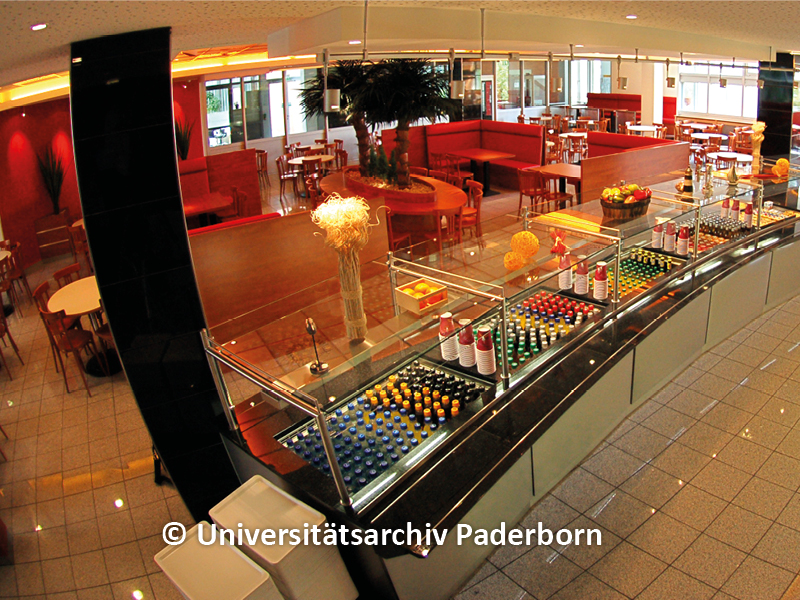 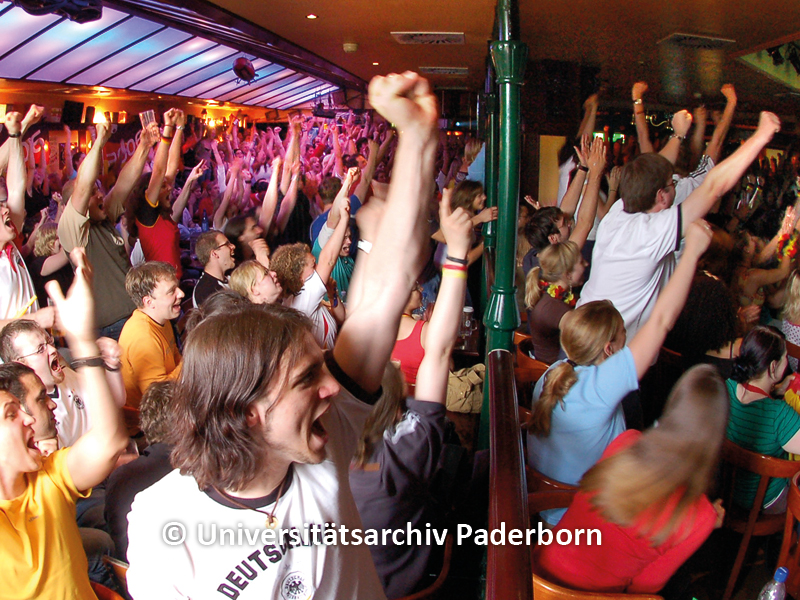 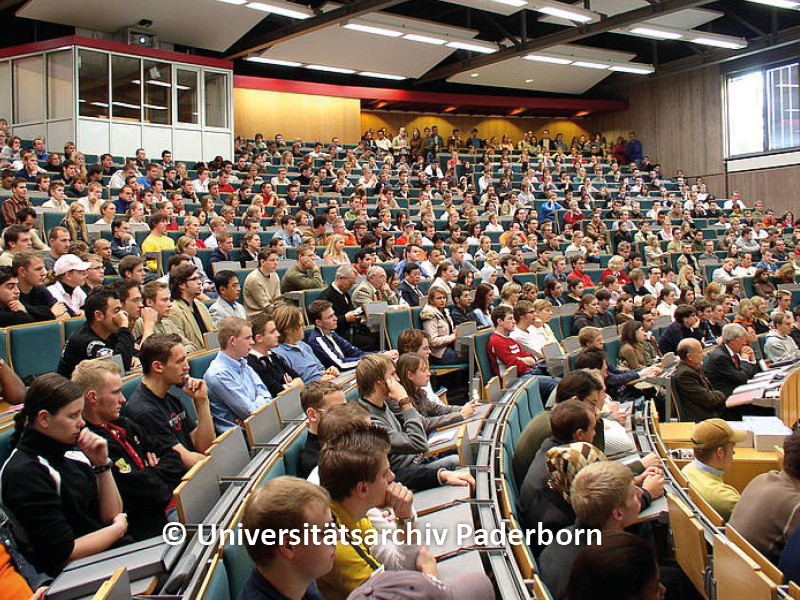 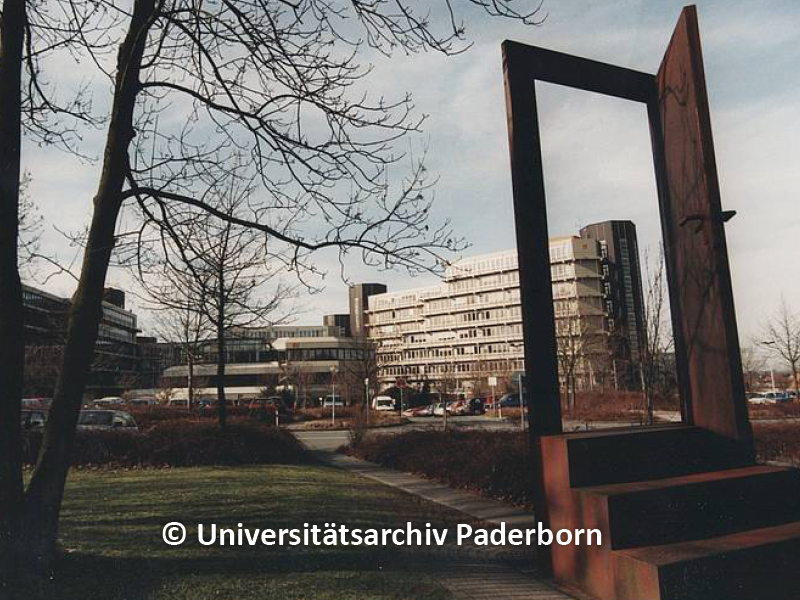 On 1 August 1972, what is now Paderborn University was founded as a Gesamthochschule, or Polytechnic. The Polytechnic succeeded a number of previous institutions, carrying on Paderborn’s tradition as a university town. Construction of many new buildings on the campus began in October 1972, followed by the university library and a canteen in 1977. From the very outset, the university was keen to cultivate its international orientation and outlook. As a result, a partnership agreement – the first of many – with the Université du Maine in Le Mans was signed in 1973, and the polytechnic was admitted to the German Research Association DFG in 1979.

In 1980 the polytechnic was renamed University-Polytechnic Paderborn. The number of enrolled students passed 10,000 for the first time in 1982, while the university was still in its foundation phase. In addition, the Zentrum für Kulturwissenschaften (Centre for Cultural Sciences, or ZfK) was founded in 1989, while the Heinz Nixdorf Institute, an interdisciplinary research centre for computing and information technology, was established in 1987. New space for artistic creativity was provided on the campus when the Kunstsilo (Art Silo) was inaugurated in 1986.

Research continued to be a distinctive feature in the 1990s. Among other things, this was reflected in the establishment of the first graduate college of the University-Polytechnic (1993), the first Sonderforschungsbereich (Collaborative Research Centre) in 1995 and the inauguration of the Paderborner Lehrausbildungszentrums (Paderborn Teacher Training Centre, or PLAZ) in 1996. The link between business and science was promoted even further with the foundation of the Westfälischen Umweltzentrum (Westphalian Environmental Centre, or WUZ) in 1993 and the expansion of the network connected with the Technologiepark (Technology Park). In 1992, the Heinz Maier-Leibnitz Prize was awarded to scientists from Paderborn University for the first time.

There was extensive restructuring in the early 2000s. The previous ten departments were regrouped to form five faculties. In 2003, the University-Polytechnic Paderborn was officially renamed “Paderborn University”. The Gesundheits- und Trainingszentrum (Health and Training Centre, or GTZ) was built to promote the health and well-being of members of the University. On the science side, some notable examples of the University’s expansion were the establishment of the Software Quality Lab (s-lab) in 2005 as a scientific institute for the Faculty of Computer Science, Electrical Engineering and Mathematics, and the opening of the Zentrum für Sprachlehre (Centre for Language Studies, or ZfS) in 2007.

The second decade of the new millennium began with the expansion of the campus – especially in and around the city of Paderborn. The addition of the Research Buildings ZM1 (2010) and ZM2 (2020) heralded the development of Paderborn University’s Fürstenallee campus into an important location for innovation and research in the region. Further laboratories, classrooms and working space were created with the opening of the AStA Stadtcampus at Königsplatz (2019). The canteen was extended and Building X – a new high-performance computing centre, the home of supercomputer Noctua, one of the fastest high-performance computers in Germany – was completed in 2021. The number of enrolled students exceeded 20,000 for the first time in 2016.

2022 started with a number of forward-looking projects; for example, construction work for Akzelerator.OWL – a new home for the start-up scene in East Westphalia-Lippe – began, while funding and support for the Internationales Forschungszentrum zu Photonischem Quantencomputing (International Research Center for Photonic Supercomputing) were increased. What we plan to celebrate in 2022 is an institution that is strong in research, cosmopolitan in outlook, family-friendly, sustainable and future-oriented: Paderborn University!

CELEBRATING A PIECE OF CITY HISTORY ALL ACROSS TOWN.
With all of Paderborn.